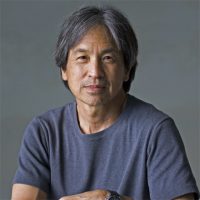 Doug Young grew up in the Hawaiian islands. He studied at Coe College in Cedar Rapids, Iowa and at New York University in New York City, and completed graduate work at the University of Hawaii.

While in New York in the early 70s, Young was the assistant to the late realist sculptor, Duane Hanson, and helped him with a show in Koln, Germany. Young also worked for Ivan Karp at O.K. Harris gallery and assisted sculptor Luis Jimenez Jr. and painters H.N. Han, John Clem Clarke, and Elenore Mikus.

Young has had solo and group exhibitions both nationally and internationally. His public works and commissions can be seen at the The Hawaii State Foundation on Culture and the Arts, The Contemporary Museum, and the Honolulu Academy of Arts, among other locations. Young received the Individual Artist Fellowship from the State Foundation on Culture and the Arts, and his work has been discussed in several books including Diane Dods’s and Joan Clarke’s Artist/Hawaii, Allan Gussow’s The Artist as Native: Reinventing Regionalism, and most recently, Goodale Publishing’s The Persis Collection of Contemporary Art.

He is married to an artist-sculptress, Babs Miyano-Young and they have two daughters. He has been a full-time artist in Hawaii since 1973.