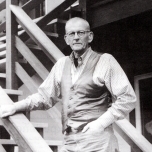 Douglas H. Teller was born in Battle Creek, Michigan. He attended public schools in Battle Creek, then moved to Kalamazoo where he became an Art Major at Western Michigan University and earned a Bachelor of Arts degree. He initially pursued graduate studies in painting and art history at Michigan State University. Teller continued his graduate studies in the field of art history and archaeology at Catholic University and subsequently in painting and printmaking at George Washington University where he recived his MFA degree.

Teller joined the faculty of George Washington University in 1962. At one point he was appointed Curator of the university art collection which is significant for its fine holdings of Washingtoniana, the Ulysses S. Grant collection and numerous fine American prints and paintings. A full professor of design and printmaking teaching courses in design, serigraphy and watercolor painting he continued at the university for 35 years until his retirement. He was voted the rank of Professor Emeritus by the faculty. He was an active member of the Washington DC art community serving as an active member of the Society of Washington Artists and being there president for a term. He was also on the Board of Directors of the Society of Washington Printmakers, and was part of the initial organization of Artist’s Equity in Washington.

Teller has exhibited and won awards in many parts of this and other countries. Notable one person shows have been held at the Corcoran Gallery of Art, The Cosmos Club of Washington, DC, The George Washington University, Instituto Thomas Jefferson in Brasilia, Brazil, and the Unity Gallery in Sarasota. He has also participated in numerous group shows in the United States, France, Brazil, Mallorca and in Galleries in the Caribbean to mention a few. His classes for the university and his own private workshops have been held in Brittany, France, the West Country of England, and San Miguel de Allende in Mexico. He also teaches a yearly workshop in Boca Grande Florida, and classes at the ArtCenter Manatee and Longboat Key Art Center.He is shown in Sarasota at Art Uptown on Main Street, in Boca Grande at the Serendipity Gallery and at Island Gallery West in Holmes Beach of Anna Maria Island.