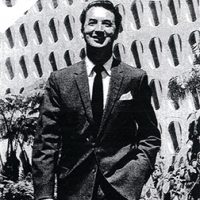 Photographer Douglas M. Simmonds and his wife & collaborator, Hilda, lived in San Luis Obispo in retirement after many years serving the design professions with high-end editorial and marketing images of their work. Often found in Los Angeles Times Home Magazine, Simmonds’ photographs, like those of his contemporaries Marvin Rand and Julius Shulman, have decades later come to capture post-World War II living in Southern California. Shooting for most shelter magazines of his era, Douglas documented a myriad of designers’ work including architect Homer Delawie.

In December 2002, retired architect Homer Delawie visited with Hilda Simmonds only months before her passing. During this last visit, she handed Mr. Delawie the last of the few remaining images from the collection that she had discarded after her husband’s death. Their fondness for Mr. Delawie over the decades prompted the elderly couple to hold on to images documenting his early career knowing they would one day hand deliver them to him. 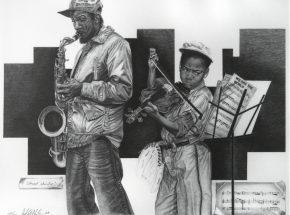