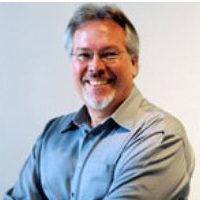 Douglass Freed’s undergraduate and graduate degrees are from Fort Hays State University. His wife, Nina, is a retired elementary educator. They have four children, two of which are in the arts. Freed is a professional artist represented by galleries in the following USA cities: New York City, Boston, Miami, Chicago, San Francisco, Houston, Charleston, St. Louis and Kansas City. He has had over sixty solo exhibitions. His work is in the Missouri museum collections of the Daum Museum of Contemporary Art in Sedalia, St. Louis Art Museum, Kemper Museum of Contemporary Art in Kansas City, Mildred Kemper Museum of Art in Saint Louis, Springfield Museum of Art and the Museum of Art and Archeology at the University of Missouri in Columbia. His work is in the collections of numerous universities and corporations. His work has been commissioned by many corporations, including recently the Federal Reserve Bank in Kansas City, Emerson Electric and Sachs Properties in St Louis, Fresenius Medical Care, North America, Waltham, Massachusetts, Ritz Carlton Hotel, Laguna, California as well as several private collectors. He has received grants from the Missouri Arts Council, Mid-America Arts Alliance and the National Endowment for the Arts.

Freed was the Director of the Daum Museum of Contemporary Art at State Fair Community College until his retirement in February, 2008. He served as the principal advisor to Doctor Daum in assembling his collection of contemporary art for the past thirty-five years. Freed helped build the Daum Museum collection from 200 objects to over 800 since its opening in 2001. He has served as curator for over 50 exhibitions, several of which toured to other museums. Preceding the opening of the Daum, Freed was the Director of the Goddard Gallery and served as the chairman of the art department for many years. He was a board member of the Missouri Arts Council during the mid-1980’s and was involved on many levels with the Missouri Advocates for the Arts which became the Missouri Citizens for the Arts. He created the Missouri Fifty Exhibition for the Missouri Arts Council and continues to chair this special Missouri Arts Council collaborative project, which is in its 20th year, with the Missouri State Fair. He currently is a Director on the board of Mid America Arts Alliance. He has been active in his community and has served on several boards, including two terms as president of the Sedalia Arts Council of which he was a founding member. His community awarded him the 2005 Star Award for Lifetime Achievement in the Arts. In 2007 he received the Missouri Arts Council’s Leadership in the Arts Award. Proclamations from the Missouri Senate and House of Representatives recognized him for his profound contributions to the cultural and artistic climate of the state.