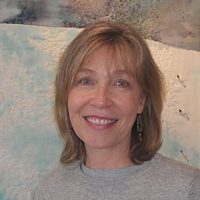 Elizabeth Fram was born and raised on the coast of Maine. After earning a BA in Art from Middlebury College in Vermont, she traveled to Asia and later lived in Hawaii, San Francisco, and Washington state, appreciative of and influenced by the varied perspectives each locale provided. Her subjects revolve around minor occurrences which might otherwise be overlooked in the midst of daily routine, but which garner significance when examined more closely. She first began working with textiles when her children were small, appreciating the medium for its non-toxic qualities and as a springboard for her continuing investigation of color and her affinity for spacial organization.

She says, “I am curious about the organization of shapes in space; how they interact with each other and still maintain their individual integrity. I am also intrigued by the contradictory interplay between that spacial investigation and the surface as a textural entity.” This fascination relates to her penchant for formal Japanese gardens. She finds their deftly controlled organic and geometric forms, in combination with limitless textures, to be a tremendous inspiration, relating well to the use of form and stitch as a means of creating space and pattern. Fram has exhibited nationally in such venues as Thirteen Moons Gallery, Santa Fe, NM, APEX Gallery, Washington DC, Jay Etkin Gallery, Memphis, TN, Missouri State University Art + Design Gallery, Springfield, MO and the Allentown Art Museum, Allentown, PA, as well as Val d’Argent, Alsace, France and most recently in the 2019 Rijswijk Textile Biennial in The Netherlands. Her work has appeared and been written about in various publications, including TextileArt around the World by Ellen Bakker and the Dutch publication Textiel Plus. Her work is included in private collections in the US and Europe. She currently resides and works in Vermont. 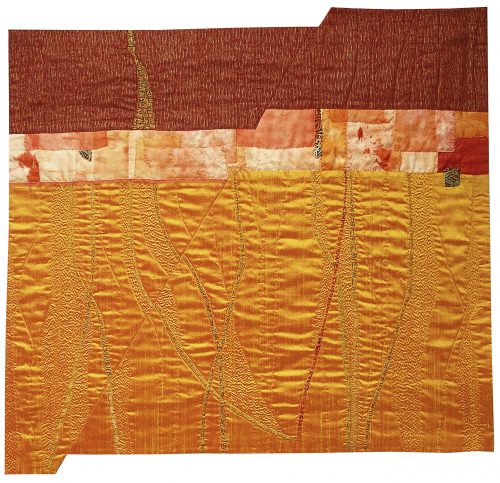 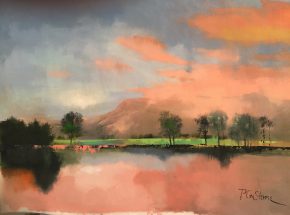 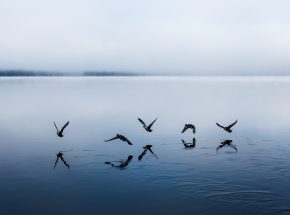