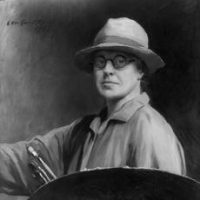 Born Ellen Gertrude Emmet in San Francisco, Ellen Emmet Rand showed signs of artistic talent at a very early age. In 1884, after the death of her father, her family moved to New York. At age twelve, she went to Boston to study drawing with Dennis Miller Bunker, an instructor at Cowels Art School. She also took classes with her cousin Lydia at The Art Students League of New York where she continued to excel in portraiture under the instruction of William Merritt Chase, Kenyon Cox, and Robert Reid. From 1893 to 1894, Rand worked as an illustrator for Vogue magazine and in 1894 began producing drawings for Harper’s Weekly and Harper’s Bazaar.

In 1896, Rand and her family moved to England where she received many commissions for portraits. In 1897, she and her sisters moved to Paris. She continued drawing and painting, and began studying sculpture, modeling works in clay. During her time in Paris, she made several trips to England to paint commissioned portraits and in 1900 she received a Bronze Medal at the Exposition Universelle in Paris. In the fall of 1900, Rand returned to New York and set up a studio on Washington Square where she painted portraits for prominent American clients including writers, artists, and business leaders and their families. Her first solo exhibition was held at the Durand-Ruel Gallery in New York in 1902 and she continued exhibiting her work which was highly praised.

In 1911, she married William Blanchard Rand and within the next three years had three sons. Although she allowed her career to slow during this time, she continued to participate in exhibitions. In the late 1920s, as her family’s finances declined, Rand began more actively pursuing commissions. She painted three portraits of President Franklin Delano Roosevelt during the early 1930s, one of which became the official White House portrait.

Best known for her portraits of important politicians, artists, writers, and socialites, Rand achieved great success and praise during her lifetime and continues to be appreciated in a number of collections and exhibitions. 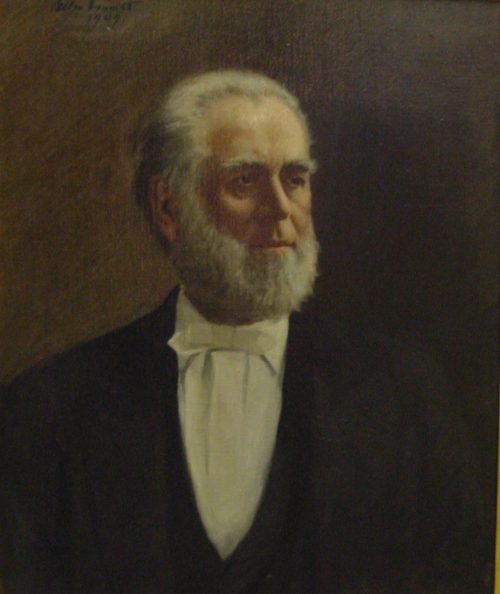