Ellen Wagener was born in Maquoketa, Iowa. She grew up in DeWitt, Iowa, the second of four children. After attending Marycrest College in Davenport and the University of Iowa, she settled on the Corcoran School of Art in Washington, D.C. from which she received her B.F.A. in 1988. After living in Colorado and Hawaii, she eventually moved back to her hometown. She taught briefly at Marycrest in 1993, but decided to return to making art full-time. She has one son and is in a committed relationship. She is best known for her large pastel paintings of the Iowa landscape. 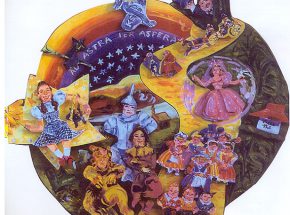