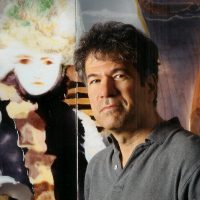 At the age of 10, Eric Finzi’s artistic ability became clear after his art teacher accused him of cheating in a book cover project. She believed he must have stenciled a copy of the Egyptian mummy he drew free hand so to convince her he created a new cover in a different size. His parents decided then to get him private lessons in oil painting. When he turned 13, he received a scholarship to a life painting class at Pratt Institute in Brooklyn. By the age of 15 he was studying with Harvey Dinnerstein at the Arts Student League in New York City. Finzi then received another scholarship to Greenwich House School of Pottery in New York. At age 16, Finzi taught ceramics at Cornwall Summer Workshop in Connecticut and started college in the fall at the University of Pennsylvania where he studied both fine arts and biochemistry. At 20 years old, he was awarded a full scholarship to the M.D./Ph.D program at Mount Sinai School of Medicine in New York City. While studying medicine, he began taking evening classes at the Art Students League under the tutelage of Vincent Malta and Raphael Soyer. After receiving his Ph.D on yeast mitochondrial protein synthesis in the fall, he enrolled full-time in the Art Students League with artist Knox Martin. Finzi then moved to Montpellier, France to paint. He moved back to America to finish his medical studies and began a full time position as a Laboratory Fellow at the National Cancer Institute. Shortly thereafter, he started a weekend sculpture class at the Corcoran in Washington, DC. Much to his dismay, he was kicked out of the laboratory by the lab chief because his weekend art classes showed a lack of commitment to science. He left the lab to start his residency at Johns Hopkins Hospital in the Dermatology department. After completing his residency in 1991, he began pursuing a mixture of painting, sculpture and dermatology. 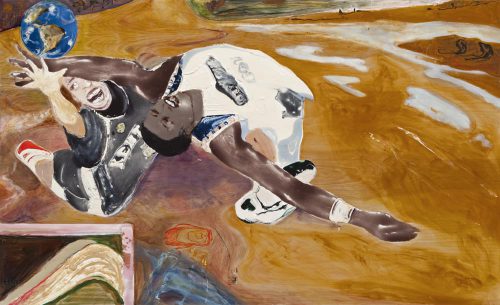