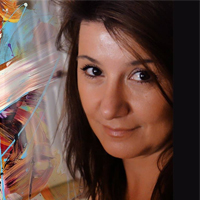 Erika Pochybova was born in Czechoslovakia and grew up in the foothills of the Carpathian mountain range in Slovakia. She has lived in Texas since 1996 and made a career in the healthcare industry. In 2006 she became a US citizen. That same year, after having experimented in the arts for most of her life, and being inspired by her artist-husband James W Johnson, Erika decided to pursue her art more professionally. Her current work utilizes an elaborate painting technique and metaphoric imagery to comment on everyday life. This unique style blends contemporary aesthetics with European folk art. Recently, Erika received the 2nd place Award in the “Texas National” competition juried by a nationally recognized artist Mel Chin and the 2nd place Award in a Houston-based national competition “Texas Art 2009” juried by Shelly Langdale, Associate Curator of Prints and Drawings in Philadelphia Museum of Art. Erika’s artwork appeared in the fall, 2009 issue of Creative Quarterly, a national publication. 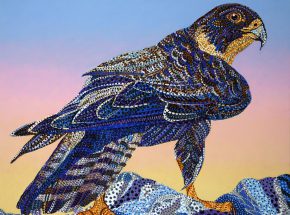