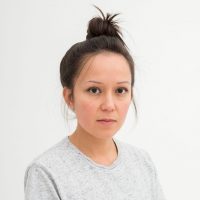 Fay Ray works with imagery culled from fashion and lifestyle magazines to create dense, collaged images that reference femininity in its various interpretations. Shoes, diamonds, watches, jewelry, lips, eyes, and other body parts are composed into a photo collage that becomes a valued object in itself while simultaneously forging the representation of other luxury commodities. Ray’s work is influenced by both Los Angeles and New York, having studied at Otis College of Art and Design as well as Columbia University. She has exhibited in both Los Angeles and New York at spaces including Exit Art, LA> 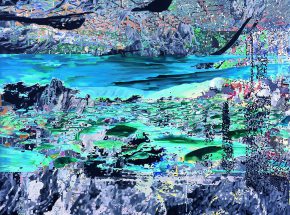