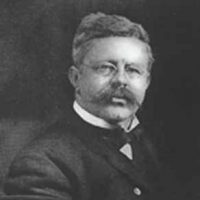 Frank Duveneck, painter, sculptor, etcher, and art instuctor, was born in Covington, Kentucky, to German immigrant parents. He studied in Cincinnati, Ohio, and then in Munich, Germany at the Königliche Akademie under Wilhelm Diez. Duveneck began teaching in 1874 at the Ohio Mechanics Institute in Cincinnati, Ohio, where his students included John H. Twachtman. Returning to Munich in 1878, he became a leader among the large number of American art students drawn to the city; his students became known as the ‘Duveneck boys.’ His work had a profound influence on his contemporaries, particularly William Merritt Chase and the artist of the Ashcan School. During several summers, Duveneck went to Polling, in Bavaria, with a group of friends and students to paint en plein air. In 1879, he decided to relocate to Florence, Italy, where his student and later wife, Elizabeth Booth, lived. By the 1890s Duveneck had returned to the States, and began teaching at the Art Academy of Cincinnati, Ohio; he later became its chairman. Duveneck is celebrated for both his art and his legacy as an influential teacher. 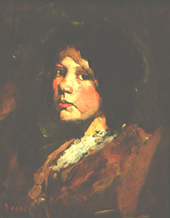 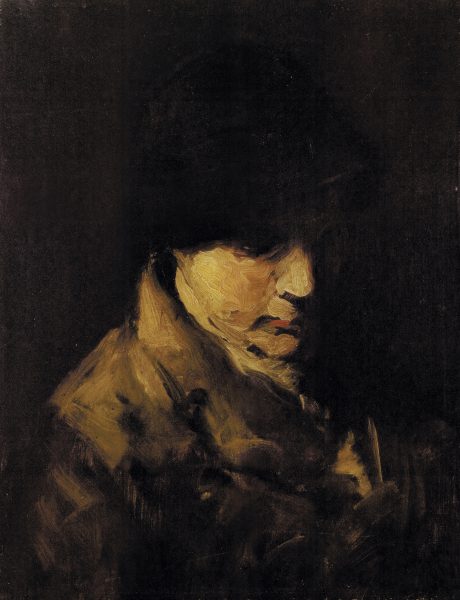