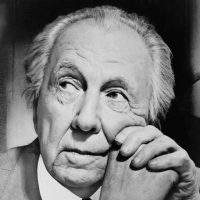 Frank Lloyd Wright was born in Richland Center, Wisconsin, and died in Phoenix, Arizona at the age of 91. His father was William Carey Wright, a preacher and a musician. His mother was Anna Lloyd Jones, a teacher whose large Welsh family settled the valley area near Spring Green, Wisconsin, where Wright later built his home, Taliesin. Wright had two sisters, Jane (1869) and Maginel (1877). His family life was nomadic and unsettled in the early years. Before arriving in Madison in 1878, Wright lived in Rhode Island, Iowa, and Massachusetts, in addition to Wisconsin. In Madison, Wright’s father was a pastor of the Unitarian Church. Wright lived in Madison from about age 11 until about age 20. At age 11 Wright also began spending summers with his uncle James Lloyd Jones on his farm located near the Taliesin hill.

Those early years in the Wisconsin countryside had a profound effect on Wright: “As a boy,” he wrote in his autobiography, “I learned to know the ground plan of the region in every line and feature. For me now its elevation is the modeling of the hills, the weaving and fabric that clings to them, the look of it all in tender green or covered with snow or in full glow of summer that bursts into the glorious blaze of autumn. I still feel myself as much a part of it as the trees and birds and bees are, and the red barns.” Wright’s father and mother divorced in 1885 and Wright never saw his father again. To help support the family, Wright worked for Allan Conover, a dean of the University of Wisconsin’s department of Engineering. Wright spent two semesters studying civil engineering at the University of Wisconsin and also assisted architect Joseph Lyman Silsbee draft and supervise the construction of Unity Chapel (the Lloyd Jones family chapel still standing near Taliesin.) 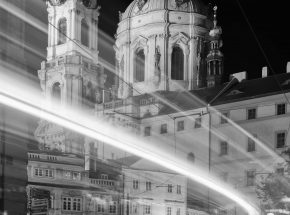