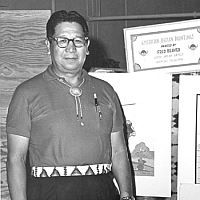 Fred Beaver (1911-1980) was an important Oklahoma traditional Indian painter. He was a master of the traditional, flat style of painting, popularized at Bacone College in the 1930s. His works were often detailed images of traditional Seminole and Creek culture; however, he was also well known for carefully researched paintings of plains and southwest Indian dancers. His attention to cultural/historical accuracy and authenticity was impressive. He was widely regarded as one of the most important Creek painters (along with such noted artists as Acee Blue Eagle, Soloman McCombs, and Joan Hill). In fact, Fred Beaver was one of the first artists designated as “Master Artists” of the Five Civilized Tribes Museum. His works are included in many important institutional collections, including the Heard Museum in Phoenix, Arizona, the Fred Jones Jr. Museum of Art at the University of Oklahoma in Norman, Oklahoma, and the Philbrook Museum in Tulsa, Oklahoma. 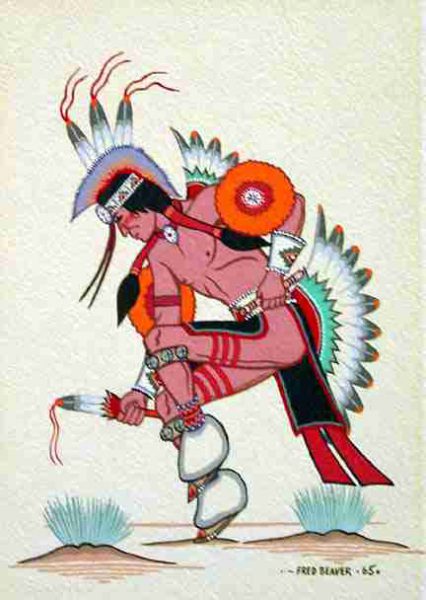 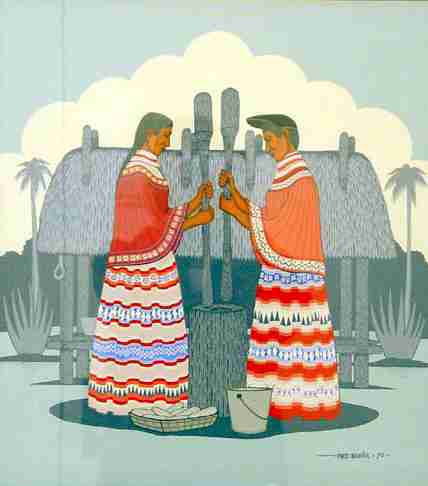 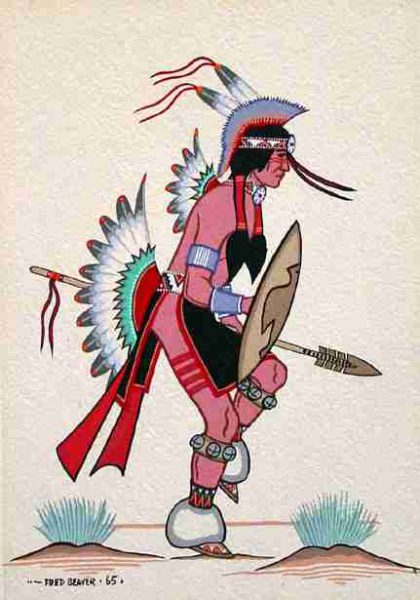