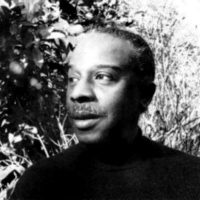 A native of Georgia, Freddie is a committed abstractionist, although references to nature have been at the center of his paintings and collages throughout his long career. He is an avid gardener, and the distinction between this passion and his passion for making art is blurred – each symbiotically informing the other.

For the past several years, Freddie Styles has been creating works of uncommon and resonating beauty. In a truly unique process, Styles presses layers of crinkled and then inked fax paper (the old-fashioned coated type) onto gessoed paper. The height of the paper mount and the strips of fax paper create a vertical armature on which to build his compositions. Metallic inks are applied as well, which create another layer of depth to the works. Styles’ process informs his work, and the outcome of each piece is unpredictable. In other words, the artist is both controlling and relinquishing control of his materials, and this conceptual stance is his departure point.

His forms are reminiscent of organic vegetation, but his interpretation of the organic world stripped down to its essential vascular structure is not meant to be literal. Styles has achieved a unique method of reflecting nature’s forms, textures, patterns, and colors, revealing a window to a more spiritual world and instilling his audience with a new appreciation.

Freddie Styles is a graduate of Morris Brown College and lives in Atlanta. He has served as an artist-in-residence at Clark Atlanta University, Clayton State University, and Spelman College. In the past, Styles received several purchase awards from the Atlanta Life Insurance Company. In 2001 he was awarded a King Baudouin Foundation Cultural Exchange Program grant through the Community Foundation of Greater Atlanta to work and study in Belgium. His work has been exhibited in numerous solo and group exhibitions including African American Abstraction at City Hall Gallery East in Atlanta, and Evolving, a solo show at the Airport Atrium Gallery at Atlanta Hartsfield-Jackson International Airport. Museum group exhibitions include the High Museum in Atlanta, GA, and the Telfair Museum of Art in Savannah, GA . His work can be found in public and private collections which include Hartsfield-Jackson International Airport, Atlanta, GA; Spelman College Museum of Art, Atlanta, GA; Clark Atlanta University Art and the Paul Jones Collection, Atlanta, GA. 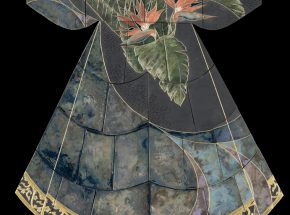