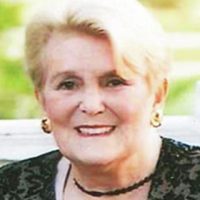 Geraldine Niva Johnson (1940-2016) was a noted professor, folklorist, and textile scholar who specialized in the study of women’s crafts, specifically woven rag rugs and quilts. Born in Superior, Wisconsin,  Johnson moved with her family to Duluth, Minnesota, where she later received her Bachelor of Arts in English from the University of Minnesota. In 1965, she married James E. Johnson and taught high school in Tucson, Arizona. Johnson then earned a master’s degree at University of California, Los Angeles.  She settled in Washington, D.C., around 1966, teaching at Howard University and the University of Maryland, College Park. During her doctoral career at University of Maryland, she wrote her dissertation on rug making in the western Maryland panhandle. Johnson’s fieldwork in Maryland gave her the opportunity to explore the fabric arts of the East Coast.  In 1978, she participated in the Blue Ridge Parkway Folklife Project, sponsored by the American Folklife Center, to document quilt-making methods and traditions in the Blue Ridge area.  Johnson attended worship services and other social events, where she interviewed the locals in order to record and analyze the cultural and religious expressions found in their quilts and textiles. She continued her fieldwork in 1979 on the Rhode Island Folklife Project. After earning her doctorate at the University of Maryland in 1980, Johnson went on to write articles and books detailing the socioeconomic and cultural practices of the textile arts around the United States—the practice of selling quilts, selection of fabric, and evolution of quilt making. The primary mission of her research was to learn about the people and their crafts. As Johnson stated in a 1985 essay, “describing the [weaving] process…tells us as much about the rug maker as it does about the rug.” 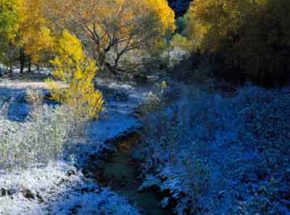