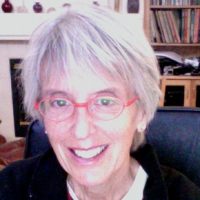 Gina Werfel’s recent paintings use loosely flowing gestural marks to suggest vestiges of the human figure, landscape elements and other forms. Traces of earlier decisions remain embedded in the work, much like a drawing showing its erasures. After several years of painting outdoors from natural and suburban landscapes, Werfel has shifted her focus to an exploration of the language of paint in an abstract context, yet the paintings retain an intuited sense of spaces observed. Her paintings explore a balance between chaos and structure, translucency and thickness of paint, natural and geometric forms. The gestural fluidity of Werfel’s paintings supplies these paintings with a natural feel, and an overall energy remains a constant. There is a tension between design and improvisation in the paintings.

In his Art in America review of Werfel’s solo exhibition in New York City, Robert Berlind comments “The abstractions could be looking to Tiepolo by way of Joan Mitchell.” Kenneth Baker writes in the San Francisco Chronicle, “A landscape-inspired near-abstraction such as “Knights” (2008-09) contains a full measure of “unbalancing acts,” to borrow playwright Richard Foreman’s term, but it leaves the eye glad to be awake in its time.”

Mark Van Proyen, in his catalogue essay for a show at the Wiegand Gallery in Belmont, CA, writes of Werfel’s “evanescent atmospheres” that seem “almost as if the land were evaporating into the sky,” which reveal “the physical connection between painterly mutability and elemental forces.”

Werfel exhibits her work nationally, and is represented by Adler&Co Gallery in San Francisco, Prince Street Gallery in New York City and Monty Stabler Galleries in Birmingham, AL. She has received numerous residencies and awards, including the Rockefeller Foundation’s Bellagio Center in Italy and the Connecticut Individual Artist’s Fellowship. She is Professor of Art at University of California Davis. 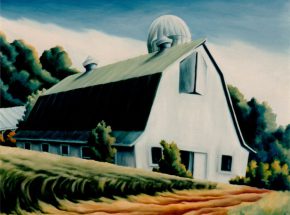