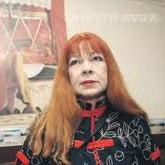 “My work is pretty conceptual, so the concept of work, concept, can be found anywhere, and it usually arises in some nice and unobtrusive places. As far as the realization itself is concerned, it is already becoming a matter of compassion, understanding of others. I was fortunate enough to see Dunja Blaževic in Sarajevo with the Center for Contemporary Art, which was initiated by contemporary art, which in a serious manner, besides Jusuf Hadžifejzovic, was not neglected before the war. Only after the first exhibition at Culhan in 1997, organized by the Center, changed the atmosphere in the city. I think this has just contributed to young people’s interest in contemporary art.”

Born in Mostar, 1949 Bosnia and Herzegovina. Graduated from the Philosophy Faculty (1975) and Academy of Fine Arts (1989) in Sarajevo. Works in different media: installation, performance, video, photography, and intervention in public space. Lives and works in Sarajevo.