Gregory West showed artistic talent as early as the 2nd grade and was encouraged by his parents, and his teachers, the nuns of St. Raphael’s. Still, it wasn’t until he was 22 years old, after working in various roles, that West went back to college to study art in earnest. He attended the University of Wisconsin and the Central School of Art and Design in London, receiving his M.F.A. from Arizona State University in 1982.

In graduate school West took a class in 19th century American Art. Landscape painters such as Frederic Church, George Inness and Albert Bierstadt among others, took his breath away. The romanticism, color and composition have continued to inspire him and he continues to paint a limited number of small landscapes each year because of them.

Gregory West is primarily known for his Trompe l’Oeil paintings. Trompe paintings require a considerable time investment, significantly greater than most other styles of art. This limits the number of works that artists like West can produce creating a continuous demand by collectors to have a chance at the newest work.

He describes the discipline of trompe painting as follows: “Realism is quicksand. The minutia of detail can trap you. Trompe l’Oeil is even more of a delicate dance; it is a slow and tedious process. When executed well, the rewards are very gratifying from a technical point of view. However, if the visual puns overshadow the narrative or fail to evoke something more than the ‘illustrated,’ the painting becomes merely decorative. As a painter, one hopes the aesthetic values of the painting as a whole will triumph.”

West wasted no time setting up his studio becoming one of the first artists to settle in downtown Phoenix, Arizona. The support of patrons in Phoenix helped launch his career, placing his paintings in major collections throughout the United States. After 25 years in downtown Phoenix, Gregory West moved his studio to North Central Phoenix where he resides with his wife, Cyd, and daughter, Emma. 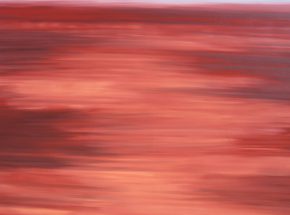