According to Haitian art scholar, Madison Smartt Bell, the state of being outside one’s own thoughts is a common way for Haitian artists to describe inspiration: “As I come from an aesthetic culture that sets supreme value on the conscious acts of the artistic individual, it took me a while to realize that for painters like Guidel Présumé, art has comparatively little importance as self expression.” Illustrative of Bell’s point, Présumé proudly describes his abilities to paint in “all the styles.” While Présumé describes himself as a “natural man” rather than a practicing Voudoisant, he embraces idea of many Haitian painters that he, the artist, is inhabited by the spirit during the act of painting. In other words, the skill and talent evinced in Présumé’s paintings are brought about by an outside force. 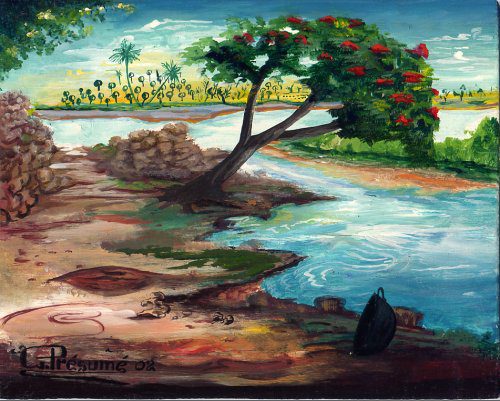 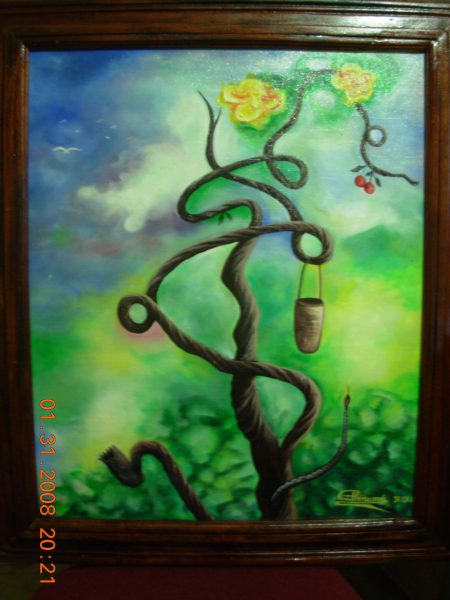