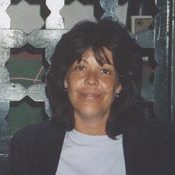 Fryer, daughter of a petroleum geophysicist, was born in Paris in 1957. Following her father’s oil discoveries throughout Europe and North Africa, she spent her most formative years in Tripoli, Libya. There, she experienced the 6 day WAR in 1967, evacuated to Naples, Italy. The Libyan REVOLUTION followed in 1969. Fryer was sixteen when she came to the US.

Working, for many years, in the demanding circumstances of Critical Care and Cardiac nursing, she discovered Art as a necessary, visual form of expression.

Fryer graduated from the Pennsylvania Academy of the Fine Arts, and became its first exchange student to the Ecole Des Beaux Arts in PARIS. She returned to Africa in 1994.

Fryer currently resides in Sarasota, Florida. Her work has been seen at the American Legation Museum in Tangiers, Morocco, the Archevecher in Paris. She has shown at the University of Pennsylvania, the Susquahanna and State Museums in Harrisburg, the Museum of Fine Arts in Tallahassee and the Fuller in Boston. In 2007, she had a one person show at the Selby Gallery of the Ringling School of Art and Design in Sarasota, Florida.

Courtesy of the artist 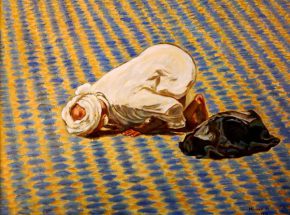