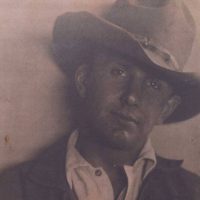 Harold Von Schmidt was a popular illustrator of western magazine stories, and was particularly known for his historical action scenes.

Born in Alameda, California, the son of a clipper ship captain, Von Schmidt was orphaned at age five. He was raised by his grandfather, who had been a Forty-Niner, and an aunt who recognized his artistic talent. A physically vigorous teenager, Von Schmidt found summer work as a cowboy and lumber jack. Later in his twenties, he became a member of the US rugby team at the 1920 Olympics.

By age eighteen, Von Schmidt had enrolled at the California College of Arts and Crafts, and by age 20 he had published his first cover illustration in Sunset magazine. He studied at the San Francisco Art Institute from 1915 to 1918 during which time he also worked at the Foster and Kleiser commercial art company and did several paintings for the US Navy.

At Foster and Kleiser, Von Schmidt met Maynard Dixon who also worked there for a time. He offered Dixon his services as a model so he could observe the older artist at work and study his paintings firsthand. Impressed with the young artist’s work, Dixon took on Von Schmidt as an informal student for about a year. In 1919, Dixon, Von Schmidt and several other artist friends formed the short-lived Hammer and Tongs Club to exchange advice and criticism and to exhibit their work.

In 1924, Von Schmidt moved to New York to study with Harvey Dunn at the Grand Central Art School. From this time on, his illustration career blossomed, and his work frequently appeared in Saturday Evening Post, Cosmopolitan, Colliers, American, and other magazines. He was best known for western actions scenes painted in a realistic style clearly derived from Dunn and other students of Howard Pyle.

Although most of his work was illustration, Von Schmidt did execute non-commercial work on commission, including Gold Rush themed murals for the California Governor’s Office, and Civil War paintings for the US Military Academy at West Point. During the Second World War, Von Schmidt worked as an artist correspondent for King Features Syndicate. In 1948, he was selected as a founding faculty member at the Famous Artists School in Westport, Connecticut. He died at his home in Westport in 1982.

Image courtesy of Dorothea Lang (circa 1920) 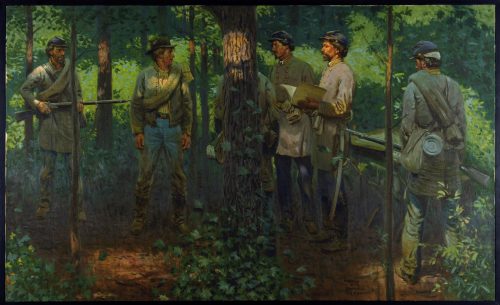