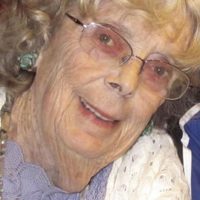 Harriett Harper (1921-2018), also known as Harriett Jeanne (nee Eckel) Harper, dedicated her life to art. Harper would be considered a Renaissance woman in the art field; she incorporated oils and pastels in her landscapes and still lifes, but also worked with embroidery and textile, crafted jewelry out of silver and gemstones, and made objects d’art from multicolored and copper enamel. After earning her Bachelor of Arts degree from Ball State University in Muncie, Indiana, Harper trained art teachers in the Indianapolis public school system. She married Ray Harper in 1944, and moved to Napoleon, Ohio, to help her new husband and his brother open the Harper Lumber Company. During this time, she took courses and studied special art techniques at Bowling Green State University. It would be another twenty years until Harper moved to California, where she became known amongst galleries in Solvang, Santa Barbara, Los Angeles, and Ojai. Throughout the 1940s to 1980s, her artworks were featured in solo and juried group exhibitions around the United States. In 1966, Harper’s watercolor, Ginger Bread House, was part of seventy artworks from Ohio’s Toledo Museum of Art chosen by Art in Embassies to be loaned to United States embassies worldwide. Harper was a member of the Santa Barbara Art Association and Delta Phi Delta national honorary art fraternity, and was published in Who’s Who of American Women and Artists of the West.