Born in Philadelphia, Pennsylvania, Henry Breuer earned a reputation as a well-known “painter of poetic landscapes.” (Hughes 145) He studied art during the 1870s in Buffalo, New York, and then worked as a designer-decorator for the Rockwood Pottery Company in Cincinnati, where he also attended the Art Academy. He worked for five years as a lithographer in New York City.

In 1888, he settled in San Francisco where he became art editor for the “San Francisco Chronicle” and “Californian” magazine. Then he went to France for art study and was influenced by the Barbizon School of impressionist painters of rural landscapes.

Living out of a horse-drawn wagon, he traveled extensively along the western coast of California and Oregon, painting and earning a national reputation for his landscapes. He also painted in Arizona, including Canyon de Chelly in Navajo country, and did commissioned views of the San Gabriel Valley for the St. Louis Exposition in 1904.

Sources:
Edan Hughes,”Artists in California, 1786-1940″
Peggy and Harold Samuels, “The Illustrated Biographical Encyclopedia of Artists of the American West” 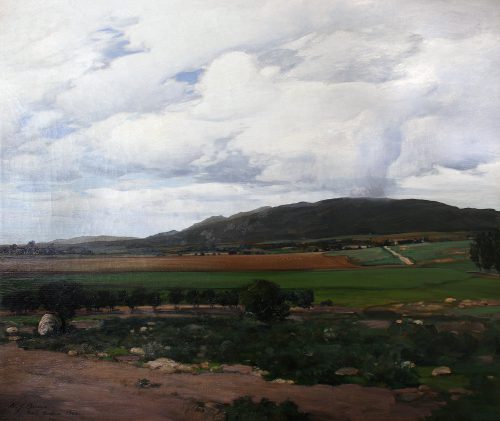 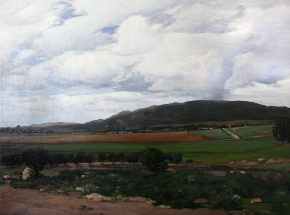