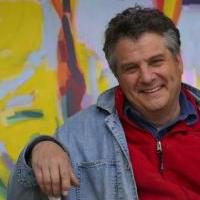 Henry Isaacs received his H.Dip.F.A. in 1982 from the Slade School of Fine Art, University College London. England and a B.F.A. in Printmaking in 1973 from the Rhode Island School of Design. Painting. In 1969 he had studied painting at Boston University and at The Putney School, Vermont. Isaacs has received many grants and awards including a 1999 Adolph and Esther Gottlieb Foundation, and the 1998 Pollock-Krasner Foundation, Inc.