Herbert Stitt was born in Hot Springs, Arkansas. Prior to his artistic career he worked as a ranch hand and in railroad construction. When Stitt decided to become an artist, he went to study under Howard Pyle at the St. Louis Academy of Fine Arts, Missouri, and perfected his skills at the Pennsylvania Academy of the Fine Arts in Philadelphia. He worked for the Baltimore & Ohio (B&O) Railroad as an illustrator and staff artist from 1912 until he was furloughed in 1932. Much of his work was completed for the Baltimore and Ohio Magazine and his furlough was directly related to the company’s decision to suspend production of the magazine during the Great Depression (publication resumed in 1933). After working for the B&O, Stitt continued his successful artistic career; he is known particularly for his paintings of landscapes and horses. The Stitt paintings in this exhibition were part of a series of twelve original works used as magazine covers for the Baltimore and Ohio Magazine, created to celebrate the B&O’s 100th anniversary and used as promotional material for the Fair of the Iron Horse. They document significant events in the history of the B&O Railroad. 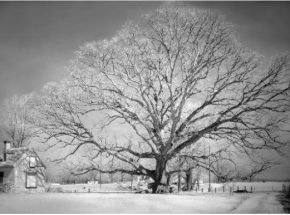