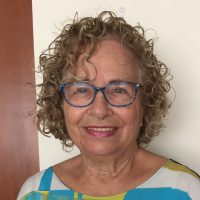 Hilda Green Demsky was born in Pennsylvania on the Susquehanna River. As a result of the river flooding her childhood home, her art focused on global waters. After graduating from Carnegie Mellon University in 1958 with a degree in Fine Art and Design, she moved to New York City. Her first job was at the Metropolitan Museum of Art, followed by a job teaching art on the lower east side of Manhattan. She acquired a studio and earned a Master’s Degree in Art Education at Hunter College NY.
In the 1960’s, due to gender discrimination in the art world, Hilda, determined to show and sell her work, found success by signing her paintings with her husband’s name. Hilda’s passion for the recognition of women artists enabled her to receive a Christa McAuliffe Fellowship to help students learn about contemporary women artists. She was also awarded a Fulbright Fellowship to The Netherlands and a National Endowment for the Arts Fellowship to paint in Italy.
In 2000, with the National Women’s Caucus for Art Foundation, she went to China to meet women artists of China.
Hilda had an invitational exhibition in Mykonos, Greece to show her paintings of the marine environment, followed by an exhibition at the 50th Anniversary Fulbright Conference in Budapest. In 2006, she presented her water-inspired paintings on Mylar at the Fulbright Conference in Morocco. Her brightly colored paintings have resulted in numerous art residencies and exhibitions domestically and internationally in Spain, Ireland, Costa Rica, St. Croix, Acadia National Park and more.
Working in both representational and abstract styles, she paints in oil on canvas, mylar and metals.
Hilda is married to Sy, has two married children and lives in Larchmont, NY. 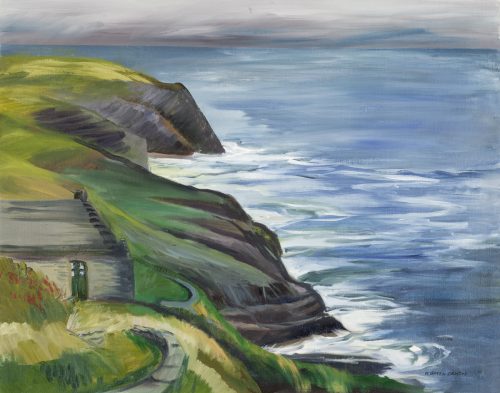 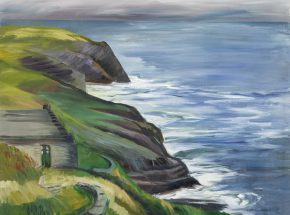