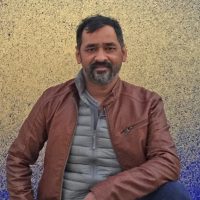 Pakistani artist Imran Qureshi was born in Hyderabad and graduated from the National College of Arts in 1993 in Lahore, where he lives and works. He is a leading contemporary painter and among the pioneers of Pakistan’s neo-miniature movement. His art integrates contemporary themes with the motifs and techniques of the Mughal miniature painting tradition, dating between the 16th and 19th centuries and including the use of gold leaf and emulsions. Art in Embassies commissioned the three paintings in the U. S. Embassy collection in Islamabad as examples of his imaginative techniques.

Qureshi’s art often explores the contradictions and tensions between tradition and modernity as well as themes of social violence. Since 2011, he has painted with the color red—often splashing it from various distances—bearing connotations of terrorist violence in Pakistan and elsewhere. He has been called a “politically conscious artist” of both local and global identities—identities that have evolved through his installations in Pakistan, Sri Lanka, New York, London, Berlin, and Paris. In 2013, Qureshi received The Roof Garden Commission from the Metropolitan Museum of Art. In January 2017, he was awarded Art in Embassies’ International Medal of Arts from the U. S. Department of State, given to U.S. and international artists of repute who promote cultural understanding.

Qureshi reflects on his commission by Art in Embassies to create works for the U.S. Embassy in Islamabad: “I decided to visit the under-construction site a few times to really absorb the space before throwing any idea. There was more than one reason to accept this opportunity of creating these three large-scale oval-shaped canvases: the respect for my work, the excitement, freedom, and support by the Art in Embassies team, and the fact that it was the very first time for me to be asked to create a group of paintings for a space which was under construction—to be able to conceive my work as part of this amazing architectural experience in Pakistan.” He understands and appreciates the purpose of Art in Embassies: “the fact that this work will be representing the contemporary art scene of Pakistan at such important place and will get everyday a diversity of audiences/viewers not only from Pakistan but also from all other embassies of the world.” 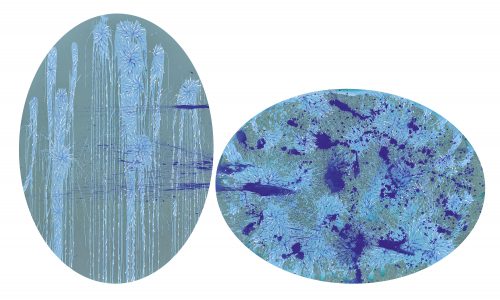 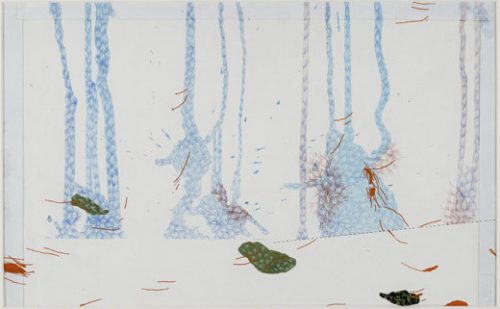 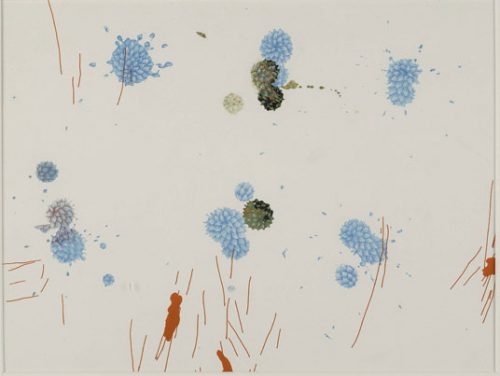 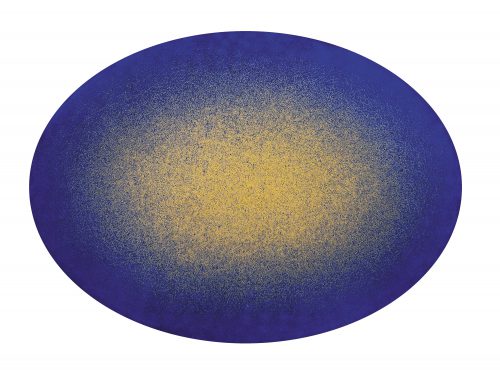