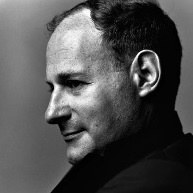 Irving Penn is perhaps best known for his fashion photographs that, beginning with his notable 1950s series of the Paris collections, defined a new look for magazines. By placing models against plain backdrops, Penn removed the familiar indicators of space or scale and allowed fashion to stand alone as the subject of his images. Many fashion photographs point to changes in aesthetic sensibilities as well as to changes in fashion itself, and Penn’s routine use of minimal, flat backgrounds can be viewed as the introduction of the modern age of fashion photography. Penn frequently stresses the ephemeral nature of life by bringing out interesting flaws and impurities in his subjects, such as wrinkles, hairs, or dirt, which would have gone unnoticed on cluttered, distractive, or ornate backgrounds. He additionally renders beautiful seemingly unattractive or mundane items including cigarette butts retrieved from the gutter and frozen vegetables. Penn’s attention to detail and his technical excellence are two traits fundamental to his entire range of work that includes fashion, still life, ethnographic portraiture and nudes.
In the 1960s and early 1970s Penn turned his attention to so-called “primitive” cultures, those untouched by industrialization. Traveling with a canvas tent for a studio and using his characteristic simple backdrops, Penn revealed an interest not ethnographic or anthropological. Instead, Two New Guinea Men Holding Hands illustrates how Penn’s experience as a fashion photographer informed his ethno-aesthetic projects, as he focuses on the formal qualities of his subjects’ dress, pose and adornment rather than their individual identities, customs and surroundings.
Irving Penn’s images have defined several generations of fashion and portrait photography. Penn, who was born in New Jersey, worked in New York as a graphic artist in the 1930s, and spent a year painting in Mexico before starting work at Vogue magazine in the early 1940s. His photographs have been widely exhibited, included in major retrospective exhibitions, and are in the collections of the Art Institute of Chicago; Metropolitan Museum of Art, New York; and Moderna Museet, Stockholm, among many other museums.