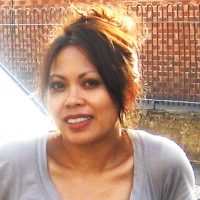 Manalo has been showing her work internationally since 1999. Her work is a part of numerous private and public collections including the National Academy of Sciences in Washington, DC, the US Embassies in Bulgaria, Kazakhtsan and Nepal to name a few. Her work has been shown at the McLean Project for the Arts, Arlington Art Center, Maryland Art Place, the Katzen Arts Center, and the Corcoran Gallery of Art and has been the subject of group and solo shows in Baltimore, Chicago, Los Angeles, San Francisco, Seattle, Philadelphia and New York. She was featured in New American Paintings in 2004 and 2006 and was awarded a Fellowship at the Virginia Center for the Creative Arts in 2008 and 2009 with support from the Morris and Gwendolyn Cafritz Foundation for 2009. She currently is an Assistant Professor at American University’s Art Department. She is an advocate for the process of making art through her award winning blog-turned-web journal, The Studio Visit, featuring artists in their studios. Her work is represented in Washington D.C. by Addison Ripley Fine Art and in Charlottesville, VA by Chroma Projects Art Laboratory. She serves on the Board of District of Columbia Arts Center. Manalo received her MFA in Painting from Yale University, a BFA from the School of the Art Institute of Chicago and a BA from the University of Wisconsin, Madison. 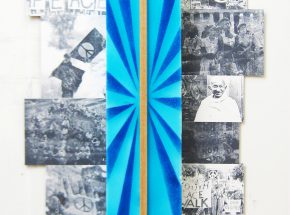