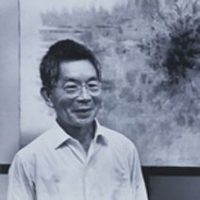 Born at Ewa, on the island of Oahu in the Hawaiian islands, Isami Doi moved with his family to the island of Kauai, and he thereafter considered Kalaheo, Kauai his home. Best known for his printmaking and his painting, Doi is considered by many to be one of the most significant Hawaiian artists of his time, and was one of the earliest island-born artists of the twentieth century to achieve an international reputation.

Doi studied for two years at the University of Hawaii, went on to Columbia University, New York City, for five years, and then continued his studies for a year in Paris. Aside from a brief visit back to Hawaii in 1934, Doi stayed in New York until 1938. He was a regular exhibitor at the Downtown Gallery in New York, first exhibiting there in 1929. He also had solo shows in Honolulu and San Francisco.

When he returned from New York to the Hawaiian Islands, Doi taught printmaking, drawing, and metal work, as well as designing jewelry for the S. and S. Gumps store, a San Francisco firm which had opened a store in Honolulu in 1929, and later for Mings jewelers. He also frequently exhibited his art in group exhibitions. A noteworthy example of his work is Niyogi and Flute (1939, oil on canvas, Honolulu Academy of Arts), a portrait of a musician, simply painted with a limited color palette and skillful brushwork.

His first solo show at the Honolulu Academy of Arts took place in April 1929, and featured landscapes of the mountains of Kaua,i as well as fifteen prints. Following his sojourns in New York and Paris, when he returned to the islands, his work was again shown in Honolulu, in January 1935. Doi’s subjects included themes of Hawaii and other locations, and he was widely praised as a modern artist who also embodied classic traditions in his work.

Doi’s first models, and also his last pictures, were the hills and cliffs of his Kauai. By some international standards he might be considered provincial, but that was his own choice. The duality of East and West is evident in his work. His early works are painted in muted duns and browns, and have a discreet erotic quality. The modesty of his presentation is characteristic of Doi, who, throughout his life, avoided theatrics. Mid-way in his career, he included symbols inherited from Greece and Rome, such as Centaurs, broken columns, and sphinxes. As his spirituality deepened, his works became closer to pure abstraction, with orange and vermilion signifying flames and light. A simplified Buddha shape is Doi’s hieroglyph for meditation. For Doi, light equals enlightenment.

In his last works in the 1960s, he set aside all symbols, returning to painting the cliffs of Kauai, which he had come to view as spiritual entities.

In 1946, Doi returned to the island of Kauai, where he spent the rest of his life, until his death in 1965. A memorial exhibition was held at the Honolulu Academy of Art in 1966, at which time one critic wrote that of all the island born artists, he considered Isami Doi the most consistent in maintaining a passionate quest for quality and the highest degree of professional approach.