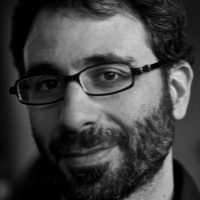 Born in Pennsylvania, Ivan Sigal studied literature and art at Williams College and earned an M.A. in International Relations from the Fletcher School of Law and Diplomacy at Tufts University.

For most of the last decade, Sigal has worked in the countries of Eastern Europe and the former Soviet Union. After receiving a Professional Development Fellowship in photography from the Institute for International Education, Sigal moved to Moscow to document the shifting social landscape in Russia, Ukraine, Chechnya, the Caucasus, Central Asia, and Afghanistan. Since 2000, he has been based in Kazakhstan, where he directs media education and development projects for Internews Network in Central Asia and Afghanistan and works on a long-term project photographing Central Asia. In his photographic, television, and radio work with Internews, Sigal seeks to influence as well as document issues, moving beyond the topicality and sensationalism of daily international news. Toward that end, he is the executive producer of the Central Asia TV reportage program Open Asia, broadcast weekly on more than 40 Central Asian TV stations.

Sigal’s photographs have appeared in the New York Times, Wired, Archaeology, Terra Nova, the Los Angeles Times and the Fletcher Forum, among others.