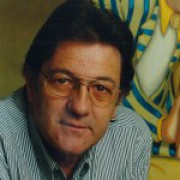 Born in Santiago in 1950. He studied Fine Arts in Viña del Mar, Valparaíso and the Art Student League of New York, USA. From 1968 he exhibits individually and collectively in Chile, highlighting the samples in the gallery Praxis, Art Reñaca and Héctor Valdés, and the last years in the Gallery Matthei. Since the year ’75 participates in exhibitions in Colombia, Ecuador, Brazil, United States, Austria, Sweden and Belgium. In 1996 he obtained a scholarship from the Austrian government to live and exhibit in Vienna. In his work abound characters of great expressiveness and color, treated from a psychological point of view, because through his painting Duran analyzes the internal selves and frees them from the obstacles. “There is an irony of the inner part of the human being, to disarm it and express the quiet inner madness,” explains the artist. Durán is interested in delving into the psyche of man and seeing his double life, between what he is and what he would like to be. In that sense he recognizes that the goal of his painting is to awaken sleeping consciousness. Although his style has always been modern, it declares admirer of classics like Rembrandt and Da Vinci, although with time has gone admiring other artists. 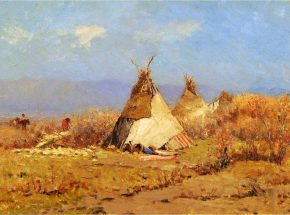