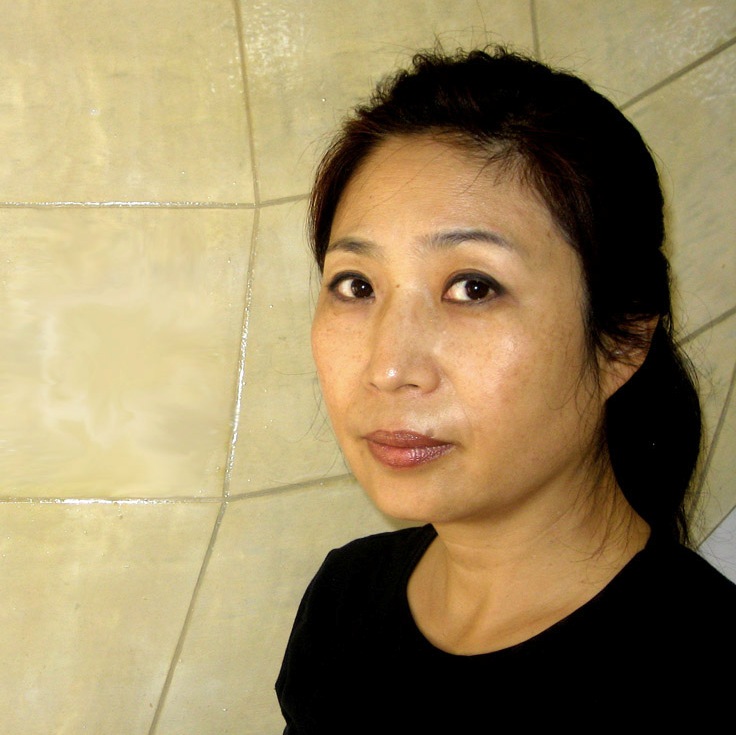 I was born and raised in Korea and lived there until I was 19. My family moved to Los Angeles when I was in the second year of Fine Art College at Seoul National University. I attained a B.A. degree with a painting major at UCLA in 1977. When I moved to the West, language, custom… things were too different. I felt disconnected from and ignorant about my own cultural background, identity and philosophy. I found myself totally lost in the cultural divide between East and West. I desperately needed to find my own identity and cultural heritage. I needed to answer every wannabe artist’s ultimate question: “what is art?” So in the 1970’s I began to study Oriental philosophy, especially Taoism and Zen Buddhism.

In 2005, my work to date culminated in the “Unfoldings” series. The Unfoldings series brings together all my artistic attributes in terms of form, color, surface of layered depth of field, geometry, zen, minimalism, and sculptural and architectural structure. Then one more ingredient is added – Movement. It dances with the space. It is moving by itself. It is unfolding by itself. It was fun to work on Unfoldings. Work and fun became one. I became the painting. I became what I do, what I see, what I think. When I eat bread, I become bread, …when I talk to an American, I become an American, …when I talk to a Korean, I become a Korean, …I become one.

It’s funny that I don’t search or insist about my identity any longer. The East and the West are complementary and the flip side of each other. We are different manifestations, but from one big root. We are one. Your pain is my pain and my joy is your joy. The more we think of goodness and happiness, the more we contribute to make the world that much better and happier. It is the artist’s job to enhance the meaning of life by bringing all the reality in everyday life to a level of enlightenment, because art is a jewel of our real soul.