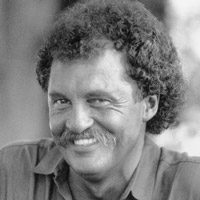 To James Archambeault a picture is much more than a thousand words. It is a love, a talent, and a gift. For more than 25 years Archambeault has been working as an independent photographer specializing in nature and the landscape. But before the camera found a home in his hands, he worked in the Fayette County Judge’s office, owned a restaurant, sold real estate, and served as a child advocate on the Kentucky Council on Child Abuse.

After graduating from Dusquesne University in Pittsburgh with a B.A. in Communications, Archambeault spent nearly four years as a volunteer with the Peace Corps in the Philippines and Hawaii. Upon his return to the continental United States he worked in the United Press International office in Louisville and later became the bureau chief for the Lexington office.

All those who have seen his breathtaking photographs are thankful that James Archambeault finally found his true calling. His first sale of a print took place in 1977 at a Berea art show. From there his career took off, and his works have graced the pages of national publications including Architectural Digest, National Geographic, Time-Life Books and Smithsonian Guide to Natural America. Each year Archambeault photographs and produces two wall calendars of Kentucky and Pawleys Island, the historic barrier island off the coast of South Carolina. He has also photographed four books and collaborated with Dr. Thomas Clark on three books. His series of note cards and limited edition posters feature beautiful scenes of Kentucky, horses, and coastal landscapes. His prints have been exhibited in numerous premier art shows across the country.

James Archambeault truly views the world through a camera lens and captures the beauty of all that is around him. It is a pleasure to name him a KY Star for his work in photography.