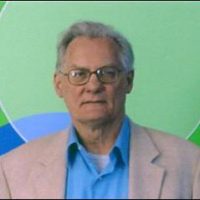 James Juszczyk is committed to rigor, intensity, patience and perception. His work is unique for its melding of concepts from Constructivism, Zen Haiku and Perception Theory with a painterly tradition he shares with Mondrian, Rothko and Reinhardt. While the work remains firmly rooted in abstraction, Juszczyk’s penetrating sense of the metaphysical brings his chromatic fields into transcendent and profound relationships which may rightly be called sublime.

Juszczyk was born in 1943 in Chicago, Illinois. He studied at the Cleveland Institute of Art receiving a Bachelor of Fine Arts and at the University of Pennsylvania where he graduated with a Master of Fine Arts. In 1995 Juszczyk was awarded a Pollock-Krasner Foundation grant in painting.

In 1969, after completing his studies, he set up his first studio in Brooklyn, New York, were he embarked upon the adventure of abstract painting by developing a sensitive dialog between format and color. Over the course of thirty years Juszczyk has cultivated and refined the foundations of his painting style and has let his insights flow into developing a series of classical formats to hold his unique color vision.

Since 1974 Juszczyk has had his paintings extensively exhibited in both the U.S. and Europe. Dr. Willy Rotzler wrote, in his introduction for the catalog accompanying Juszczyk’s one person show at the Foundation for Costructivist and Concrete Art in Zurich (1990) that, “James Juszczyk is a painter in the truest sense of the word, for he is thoroughly versed in the effects of color and exploits them with great sensitivity to create neighborhoods of precious colors. His painting unties rational pictorial construction with meditative color schemes ­ an important contribution to the Sublime in Art.

Recently Juszczyk has had his work included in “SEEING RED” ­ An International Exhibition of Nonobjective Paintings at the Hunter College/Time Square Gallery in New York. His paintings a currently represented by Bohem Press, Galerie Moderne Kunst, in Zürich, Switzerland. 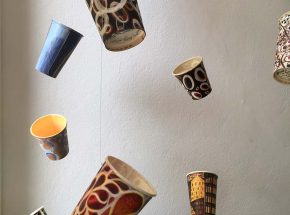