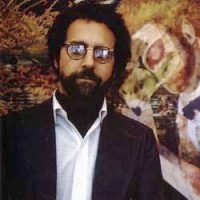 The paintings of James McGarrell have been exhibited since 1955 at galleries and museums in America and Europe. They have been included in five Whitney Museum Annuals and Biennials, two Carnegie International Exhibitions, Documenta in Kassel Germany and the American Pavilion of the 1968 Venice Biennale. His work is included in the permanent collections of many institutions including the Metropolitan Museum, the Museum of Modern Art and the Whitney Museum of American Art in New York City; the Hirshhorn Museum and Sculpture Garden in Washington D.C., The Chicago Art Institute, and the art Museums of New Orleans, Saint Louis, Santa Barbara, Hamburg Germany, the Rose Art Museum of Brandeis University and the Pennsylvania Academy in Philadelphia. In 1995 McGarrell received the Jimmy Ernst Award for lifetime achievement from the American Academy of Arts and Letters and in 2008 he was given The Oscar Williams and Gene Derwood Award from the New York Community Trust. He is represented in New York by the ACA Galleries and in Washington DC by the Jane Haslem Gallery. He has taught at Reed College, Skowhegan, Indiana University and until his retirement from teaching, at Washington University in St. Louis. In 1993 while he was serving a term as Artist in Residence at Dartmouth College, he and his wife, the writer and translator Ann McGarrell, purchased the home where they now live and work in Newbury Vermont.