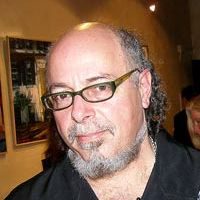 James Michalopoulos is a celebrated New Orleans based artist. He is a contemporary of Julian Schnabel, David Salle, Eric Fischl and a school of painters that prevailed in the 1980s who glorified the representational image. He is an artist who refreshes the familiar with colors that dance vividly in and out of the canvas; he pushes and pulls the dimensions of the pigment in the same way that people move and breathe.

Michalopoulos shows his work in France, England, Germany and Holland, as well as New York, San Francisco, New Orleans, Atlanta and Dallas in the United States. He exhibits oil paintings exclusively, but maintains a printmaking studio in New Orleans which publishes four to five print editions a year. Michalopoulos released his second book in 2003, published by Cattywompus Press. He has studios and galleries in Burgundy France and New Orleans US. He is the favorite artist of the New Orleans Jazz and Heritage Festival and Foundation and has been commissioned four times to create the official Jazz Fest poster: 1998, 2001, 2003 and 2006.

Michalopoulos studied art at the University of New Orleans, New Orleans Academy of Fine Arts and Bowdoin College. He graduated from Bowdoin with a Bachelor of Arts in 1974.