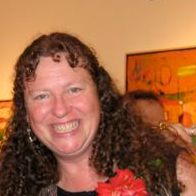 Jane Filer grew up in San Jose, California and began to paint with intense dedication in kindergarten. At age eleven, the family moved to Western Australia where Jane first became acquainted with the ethereal artwork of the aboriginal people. The mystical nature of this culture made for a lasting impression.

After high school, encouraged by her godmother, Jane moved to Chicago and began her formal art education. Later Jane attended Southern Illinois University where she received a Bachelors of Fine Art degree with honors and the Rickert-Ziebold Trust Award, the highest award in the country given to graduating seniors.

Jane married John Filer and moved to North Carolina where she received her MFA at UNC, Chapel Hill. Presently Jane Filer lives and works in her hand built home. This environment maintains the creative fire for her inspiration.

Jane has a devout following of art collectors and friends who attend her solo exhibitions. Many of her shows include “Happenings”, a modern primal-drum dance of characters from her paintings coming to life and roaming the gallery.

In 2006, after teaching painting and drawing for 21 years at The ArtsCenter in Carrboro, NC the classroom was officially named, “The Jane Filer Painting Studio” in her honor.

In 2010 Jane painted a 45 foot mural for RDU International Airport. The Triangle Area Sister Cities sponsored the commission, and the theme is ‘World Peace: One Friendship and One Community at a time’. 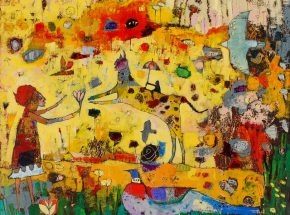 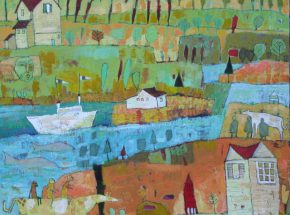