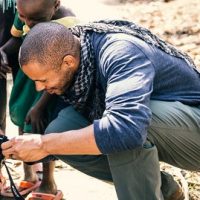 Oak Park, IL., native and Chicago based documentary & travel photographer Jason Dorsey strives not only to capture emotion in living subjects but inanimate subjects as well. His unconventional journalistic style of shooting is a non-intrusive practice that captures moments in the raw as they unravel. Influenced by his global voyages with the military, Dorsey felt the only way he could preserve his memories were through the lens of a camera. With no formal training in the medium, Dorsey’s passion turned obsession has led him on a artistic journey with many lessons learned along the way that continue to shape the feel & look of his work. His inspirations derive from cultural social issues, architecture, landscapes and how they all correlate with each other.

Inspired by the works of Gordon Parks, Steve McCurry, James Natchwey, Robert Capa and Don McCullen, Dorsey strives to extract moments in time that are visually impactful and unconventional. With minimal tools, Dorsey sets out on a daily mission to photograph something new and thought provoking. During that process he’s also challenging himself technically and mentally, as many of his personal assignments demand a perspective that will lend to something unique. The power of photography as a whole is also a huge factor in his fascination of the subject. One of his most intriguing conversation pieces in photography include the famous WWII photograph of the Marine flag raising over Iwo Jima that through media circulation generated enough money to fuel & conclude the war effort.