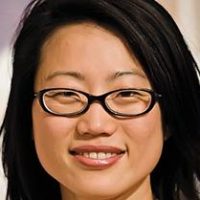 Jean Shin is nationally recognized for her monumental installations that transform everyday objects into elegant expressions of identity and community. For each project, she amasses vast collections of a particular object—prescription pill bottles, sports trophies, sweaters—which are often sourced through donations from individuals in a participating community. These intimate objects then become the materials for her conceptually rich sculptures, videos and site-specific installations. Distinguished by her meticulous, labor-intensive process, and her engagement of community, Shin’s arresting installations reflect individuals’ personal lives as well as collective issues that we face as a society.

Her work has been widely exhibited in major national and international museums, including in solo exhibitions at the Scottsdale Museum of Contemporary Art in Arizona (2010), Smithsonian American Art Museum in Washington DC (2009), the Fabric Workshop and Museum in Philadelphia (2006), and Projects at The Museum of Modern Art in New York (2004).

Other venues have been the New Museum of Contemporary Art, the Museum of Art and Design, the Museum of Fine Arts, Houston, the Museum of Fine Arts, Boston, Asia Society and Museum, The Brooklyn Museum, Sculpture Center, Socrates Sculpture Park, and Frederieke Taylor Gallery in New York City. Site-specific permanent installations have been commissioned by the US General Services Administration Art in Architecture Award, New York City’s Percent for the Arts and MTA Art for Transit. She has received numerous awards, including the New York Foundation for the Arts Fellowship in Architecture/Environmental Structures (2008) and Sculpture (2003), Pollock-Krasner Foundation Grant, and Louis Comfort Tiffany Foundation Biennial Art Award. Her works have been featured in many publications, including Frieze Art, Flash Art, Tema Celeste, Art in America, Sculpture Magazine, Artnews, and The New York Times.

Born in Seoul, South Korea and raised in the United States, Shin attended the Skowhegan School of Painting and Sculpture in 1999 and received a BFA and MS from Pratt Institute in Brooklyn. She lives and works in New York City.