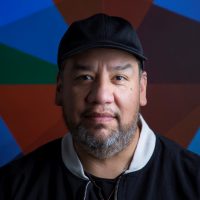 Jeffrey Gibson grew up in major urban centers in the United States, Germany, Korea, England and elsewhere. He is also a member of the Mississippi Band of Choctaw Indians and half Cherokee. This unique combination of global cultural influences converge in his multi-disciplinary practice of more than a decade since the completion of his Master of Arts degree in painting at The Royal College of Art, London in 1998 and his Bachelor of Fine Arts degree in painting from the School of the Art Institute of Chicago in 1995.

Gibson’s artwork intermingles elements of traditional Native American art with contemporary artistic references. Thus powwow regalia, 19th century parfleche containers, and drums are seamlessly merged with elements of Modernist geometric abstraction, Minimalism, and Pattern and Decoration. Here there is an echo of Frank Stella and Josef Albers – canonized in our current dialogue which has little or no inclusion of Native American art which Gibson provides comparable weight and equivalence.

Gibson’s artworks are in the permanent collections of many major art museums, including the Museum of Fine Arts, Boston, the Smithsonian, the National Gallery of Canada, the Nasher, the Nerman, Crystal Bridges, and the Denver Art Museum. Recent solo exhibitions include SCAD Museum of Art (Savannah and Atlanta), the National Academy Museum in New York, The Institute of Contemporary Art in Boston, and the Cornell Museum of Fine Art. The Denver Art Museum will mount a traveling mid-career survey in the Spring of 2018, to be followed by a smaller solo exhibition at the Ruth and Elmer Wellin Museum of Art in the fall of 2018. He has participated in Greater New York, Prospect New Orleans, the Everson Biennale, and Site Santa Fe. Gibson is a member of the faculty at Bard College and a past TED Foundation Fellow and Joan Mitchell Grant recipient.
Source: http://www.marcstraus.com/artists/jeffrey-gibson/ 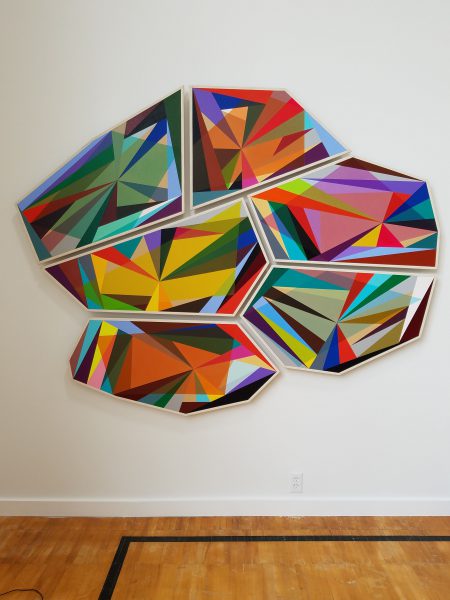 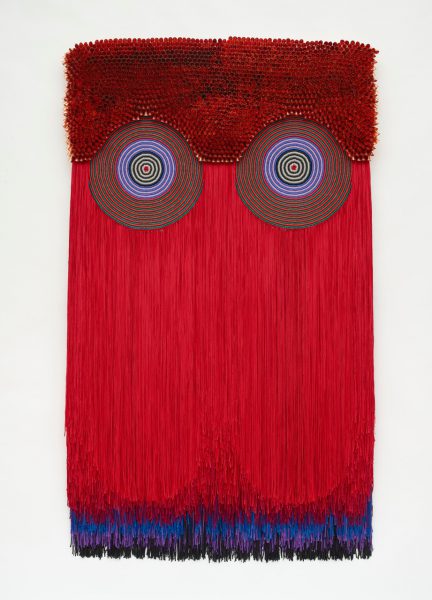 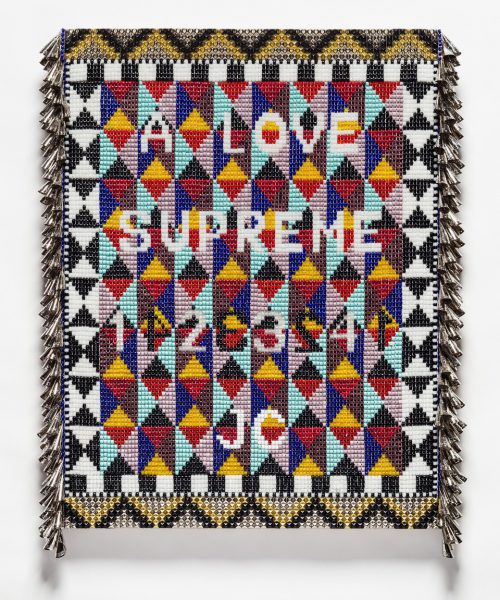