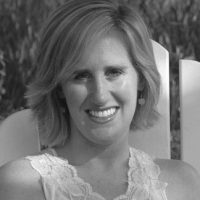 Jennifer Smith Rogers is known for her themes of architecture and vistas seen from towering over the city. Her works weave together the themes of light and architecture, portraying a near symbiotic relationship between the two. “As far as what inspires me to paint, a lot of it is the light and the way it interacts with the landscape.” Just as her paintings center on light and architecture, Roger’s life has always revolved around art. Raised in a household of artists, her mother, Betty Anglin Smith, and her sister, Shannon Smith, are also highly-regarded painters. Her brother, Tripp Smith is an accomplished photographer. Although Rogers is an integral part of the Smith family of artists, she has certainly carved out a name of her own. Over the years, her works have been featured in galleries all along the Eastern Seaboard, from Charleston, SC, to Martha’s Vineyard, MA. In addition, many of her works now hang in prominent corporate and private collections, including Walt Disney World, the Medical University of South Carolina, Ethyl Corp. in Richmond, VA, the Family Circle Cup on Daniel Island, SC and Tristan Restaurant in Charleston, SC. She is also an associate member of the Oil Painters of America and a winner of the prestigious first place award from Piccolo Spoleto, 2000. Rogers takes her success in stride, continually diving into her passion for painting. Whilst Rogers has painted in locations ranging from Maine to Italy, she always finds herself drawn back to the familiarity of the Lowcountry. Even more particular, she finds herself drawn to the late afternoons and early evenings, when the colors are the most dramatic. “I am fascinated with the fleeting light at day’s end because its drama and color changes so quickly,” she says. “It is the most dramatic time of day because you get the highest contrast between light and dark. I am also intrigued by nighttime. Trying to capture the natural light of the moon, the artificial lights of the storefronts, lanterns and streetlights is both challenging and enthralling.” The light’s intensity against the dark of night sharply illuminates the buildings, store front windows and church steeples. Rogers’ bold, thick brushstrokes create a sense of urgency and immediacy in her work as though she is fighting against time to capture each second of light before it fades. Combining this with her use of vibrant, warm colors, she expertly portrays more than just the landscape, but the mood of a place as well. Whether rooftop views of Charleston, vacant store front windows, illuminated by the headlights of moving cars, or desolate windswept beaches at sunset, Rogers’ lush oils continually deliver a fresh and distinctive style, one that her admirers have come to love.