Jerome Tiger (1941-1967) was a full blood Creek-Seminole, born in Oklahoma. He grew up on the campgrounds that surrounded his grandfather’s Indian Baptist church near the sleepy town of Eufaula. Research for many of his paintings began when he was still a child as he traveled with his maternal grandfather, Coleman Lewis, a Baptist Missionary. Coleman traveled throughout Indian Country and on the long rides through the backwoods to churches, and Coleman taught his grandson the history of the Creek people in his native Creek language.

In Enfaula and, later, in Muskogee, Oklahoma, Tiger attended public schools. He was a high school dropout, a street and ring fighter of exceptional ability, and a laborer. He married and had three children. And he died at the age of twenty-six, of a gunshot wound to the head. Tiger’s legacy was his paintings: a body of work of exquisite beauty that revolutionized American Indian art.

The success and genius of Tiger’s art can be attributed to what was called the Tiger style–a unique combination of spiritual vision, humane understanding, and technical virtuosity. In subject matter and composition, his art was traditional. In every other respect, it was a radical departure from classical Indian art.

Tiger’s uncanny ability to draw virtually anything after only a momentary glance has led critics to refer to him as the Rembrandt or Goya of Indian art. This is quite a lofty comparison particularly since Tiger had no formal training and had never seen the work of the masters with whom he was compared. But characteristic of all great art, Tiger’s work had universal appeal. Its beauty and deep spirituality spoke to people of all races, not just Native Americans.

Since his death, Tiger’s style has had a tremendous influence on the Indian artists that have succeeded him. One art critic commented–“Wherever there are Indian paintings today, Tiger’s influence can be felt.” With almost unanimous agreement, Native American artists credit Jerome Tiger with being the major influence in the development of contemporary Indian art. 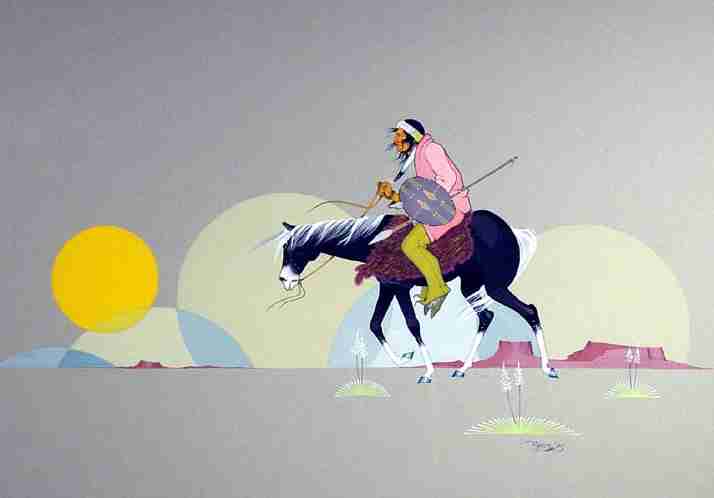 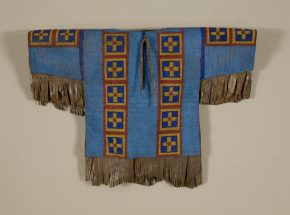