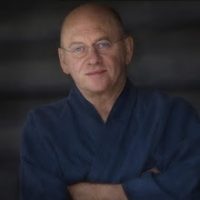 Quiet and contemplative, Minnesota photographer Jim Brandenburg is one of the most accomplished and prolific photographers of wildlife art, prints and posters in the world. The immediacy and serenity Brandenburg captures in the wild often requires long solitary hours. It is a reflection of his belief that “Photography is more primitive than writing, as the animals we evolved from, we rely on vision much more than language, the old saying is that a picture is worth a 1000 words, that does sum everything up.” Brandenburg began his career as a natural history photographer and film maker while in college, later working in journalism and freelancing for the National Geographic for whom he became a contract photographer in 1978.

One of the highlights of Brandenburg’s career occurred in 1988 when he “discovered” and filmed for posterity a pack of wild Arctic wolves on Ellesmere Island in the high Arctic. It is believed that this was probably the last pack not ingrained with fear of proximity to man. Brandenburg’s extensive art, prints and posters of photographed wolves has been vital in focusing attention on the animal’s status and he was instrumental in reintroducing wolves into Yellowstone Park.

The photographer’s credits are impressive. He was twice named Magazine Photographer of the Year by the National Press Photographers Association and the Kodak Wildlife Photographer of the Year by the Natural History Museum-London and BBC Wildlife. One of only five Americans, he received the World Achievement Award from the United Nations Environmental Program in 1991 in recognition of his using photograph art, prints and posters of nature to enhance public awareness of the earth’s fragile environment. 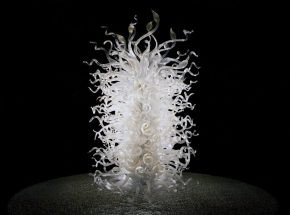