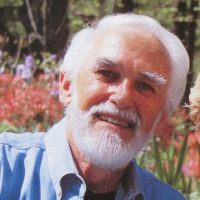 Jim’s creative nature has always guided his life. At sixteen, his first job was not the typical newspaper delivery boy, but as an illustrator for a loan company. Jim created humorous drawings that influenced people to stop and think about the message he was trying to convey. During the Korean War, Jim served as an instructor of electronics in the Air Force; however, in his last year of service Jim used his artistic skills to be transferred to an area where he worked as a technical illustrator. Here he drew details, cutaways, and instructional diagrams of everything from parachute rigging to how to service aircraft engines. After Jim left the Air Force, he moved back to Mobile, Alabama where he worked as an illustrator for an ad agency. In 1962, he along with two partners, formed their own agency, however, at this point in Jim’s life, his urge to paint was growing stronger and stronger. Jim had an art studio across the street from his office and took every possible opportunity to escape there and paint. During this time his subject matter was often of ships and coastal scenes. After several one man shows and the steady sales of his paintings out of his studio, Jim began to receive recognition as a serious artist. In 1966, Jim and his family visited the Great Smoky Mountains National Park in east Tennessee, and he made a decision that would change his life forever. Even though his ad agency was booming and his reputation as an artist in southern Alabama was steadily growing, Jim dropped it all to move to Tennessee. His desire to explore and paint the beauty of the countryside surrounding the Smoky Mountains became his passion. Jim never looked back as he let his creative nature take control of his new life.

In 1968, a writer from National Geographic was in the Great Smoky Mountains National Park to write an article and happened to stop by Jim’s gallery and began asking about his artwork and where he painted. Jim answered by describing every location as if it were a second home to him, and he spoke of the park with such enthusiasm that it actually inspired the writer to include Jim in his article. This article led to national coverage in other magazines such as American Artist and Southern Living, as well as raising the public’s awareness of the park. However, the most exciting event that would emerge out of this chance meeting was still to come.

In the early 1970’s, Carl Sagan, the world famous astronomer, was put in charge of NASA’s project of recording the sights and sound of Earth. Two gold-coated recording disks were affixed to the sides of the space probes, Voyager I and II, and launched. Each disk contains 118 photographs of our planet, our civilization and ourselves. One of the photographs featured in the National Geographic article, which showed Jim painting in his home/studio, was selected to be included on these records of Earth. Although Jim considers the selection of the photograph to be “sheer luck,” the fact is that the photograph was included because it contains a lot of information about man and his creative drive. These two space probes are now in deep space far beyond our solar system and will continue to fly, perhaps forever.

As the years pass by, Jim continues to receive increasing amounts of praise and recognition for his artwork. Jim is listed in Who’s Who in American Art, he is a member of America’s oldest professional art group, The Salmagundi Club, and he is also a member of the prestigious American Society of Marine Artists (ASMA). He served as Vice President of the ASMA for 8 years and sat on the board of directors for an additional 4 years. In 1976, the Loyal American Life Insurance Company bought a collection of 40 of Jim’s paintings and took them on a cross-country tour as part of a bicentennial celebration. For many years Jim held workshops where he instructed hundreds of students. He has won numerous awards and has been commissioned to do many major works.

Jim’s sculptures have also received high praise. He has completed larger-than-life bronze sculptures of Alex Hailey, President Andrew Johnson and Dolly Parton. There were two castings of the President Andrew Johnson sculpture. One of the sculptures is on display in Johnson’s hometown of Greeneville, Tennessee and the other is at the Tennessee State Capitol Building in Nashville. Although Jim receives many requests to do major sculptures, he declines most, preferring to concentrate on his paintings.

Jim has had a life long fascination with the ocean. He has painted countless seascapes, many of these focusing on the tall ships of the past. His paintings of sloops, schooners, and other ships along this same line, illustrate his passion for adventure on the high seas. In 1985, Jim was able to fulfill a lifelong dream. The United States Coast Guard invited Jim to sail aboard the Eagle. The Eagle is a three-masted barque that resembles in so many ways the old ships that Jim has pain-stakingly recreated in numerous paintings. The Eagle sailed from New London, Connecticut, to Bermuda. During this voyage, Jim was able to briefly live the life of the sea faring men he has so long admired.

Although much of Jim’s work centers around land and seascapes, he is also well known for his paintings of people, wildlife and flowers. During his career, Jim has sold well over 2,000 paintings and 125,000 prints to collectors in the United States and abroad. Currently, Jim divides his time between his home in Knoxville, Tennessee, and his home in Perdido Key, Florida. Jim continues to travel extensively always seeking adventure, which will lead to his next painting.