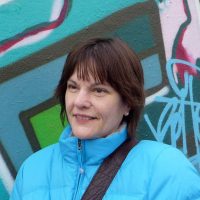 Joan Fabian attended the School of the Art Institute of Chicago, (BFA) and at the University of Texas at San Antonio (MFA). A Fulbright Scholar to Pakistan, where she taught painting at the National College of Arts in Lahore. She has had numerous exhibitions throughout the world at places such as Parsons School of Design in Paris, France, ARC Gallery, Chicago, Houston Art League, McNay Art Museum, San Antonio, American Center, Islamabad, Broadway Gallery, New York City, Delaware Museum of Art and Schiedam Artoteek in Rotterdam, the Netherlands. She has completed two Dutch art residencies in Rotterdam and Delft. Fabian received a Pollock Krasner Grant in addition to various awards and honorariums. Her work was featured in an exhibition,
Revealing Culture at the Smithsonian International. In 2011 was a State of Texas 2-D Artist finalist. Her work is in various art collections such as Lahore Art Museum, Wesst Enterprises, Inc. New Mexico, and CBS Television Studios, New York. 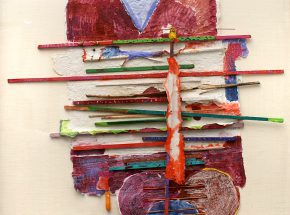 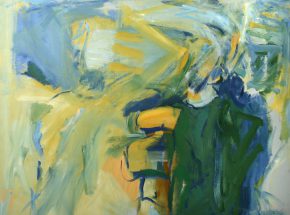