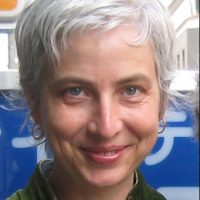 Joan Morris began working with shaped resist (sometimes referred to as shibori) dyeing in 1983, after many years of working with dyes, paint, and fabric. That year also marked the beginning of her work as master-dyer for the Theater Department at Dartmouth College, where she has dyed textiles for more than seventy productions. Her artwork has been exhibited and awarded prizes nationally and internationally, and she has received grants for her work from the Asian Cultural Council, the Vermont Arts Council, the Vermont Community Foundation, Dartmouth College and private foundations. Her shaped-resist textile work is in the permanent collections of the Cooper-Hewitt National Design Museum (Smithsonian Institution) in New York, the Museum of Art at RISD and the Wadsworth Atheneum Museum of Art in Hartford, Connecticut. Barney’s New York featured her one-of-a-kind shaped-resist dyed shawls and scarves in the fall-winter collections of 1990 and 1991.

In 1996 Joan Morris completed a project for The US Army Corps of Engineers. The five-year project involved translating four environmentally significant remote-sensed images into shibori imagery using stitched, pole-wrapped, and capped shaped-resists, as well as newly invented forms. An image from this series was selected as the cover art for Memory on Cloth: Shibori Now, by Yoshiko I. Wada (Kodansha International, 2002). Ms. Morris’s paper on this translation project was presented at the International Textile and Science Conference in the Czech Republic. A paper on the diffusion of shaped-resist dye methods was delivered at the 3rd International Textile Symposium in the Republic of Georgia in 2001, and her work in the field of textile modification for theater has been presented internationally. Joan Morris has been a panelist and invited artist at the 2nd, 3rd, 4th, and 5th International Shibori Symposia in India, Chile, England, and Japan, and was an invited artist in the Kimono Project at ISS ’92, in Nagoya, Japan. In recent years, she has designed and fabricated the shaped-resist textiles for “The Lion King” on Broadway as well as for the Japanese, UK-Continental Europe, Canadian, Los Angeles, and road show productions.

In 1995 Joan Morris began research on the incorporation of mechanical resist and precious metal application into the shaped-resist process. She continues to work at making textiles that merge these methodologies, and collaborated with fellow textile artist Michèle Ratté on a washable, precious and base metal printing invention for textiles and other substrates. They own the United States patent for their invention. In her own studio work, Ms. Morris creates shaped-resist dyed art works and mono-prints in high karat gold on shaped-resist substrates.

*The Japanese word shibori means “to compress” or “to squeeze.” Shaped-resist dyeing is a process whereby cloth is shaped by stitching, folding, wrapping, or pleating, and bound into those shapes by tying or clamping. Once dyed, the cloth visually registers the shape it was in before it is returned to flat form. Many cultures worldwide have developed methods for shaped-resist dyeing, the earliest extant examples are from the Chavín culture of the Andes (c. 700- c. 200 BC). 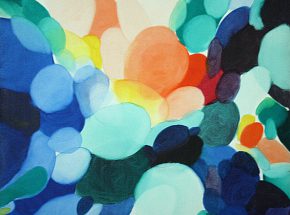 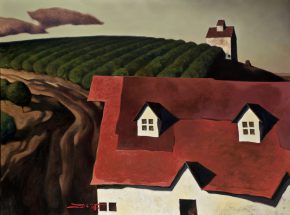