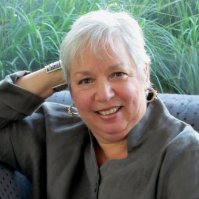 Joanne Beaule Ruggles is an artist and arts educator. In 2004 she concluded her 35-year academic career as Professor Emerita, Studio Art at California Polytechnic State University. Just prior to her retirement, Ruggles was named one of two recipients of the university’s annual Distinguished Scholarship Award.

She now devotes her full attention to her own and collaborative art projects, as well as offering occasional studio workshops. In 2005, Ruggles received an Individual Artist Grant from the James Irvine Foundation in support of the Indomitable Spirit Project she directs. Her work has been curated into the US Department of State’s Art in Embassies Program and her paintings have been exhibited in long-term installations in embassies in Freetown, Sierra Leone, as well as Luanda, Angola.

Since 1970, Ruggles’ paintings, mixed-media drawings and prints have been exhibited widely. Her work has been presented in over 30 one-woman exhibitions as well as being juried into several hundred national exhibitions over her career.

Ruggles served as a reviewer of artist residency applications for the Dorland Mountain Arts Colony from 1988 to 2004 and has been a juror for the San Luis Obispo County’s Art in Public Places Commission. She has served on the Advisory Board of the SLO County Arts Council, the Board of the SLO Art Center and chaired the city’s Promotional Coordinating Committee. In 1975, she co-authored Darkroom Graphics: Creative Techniques for Artists and Photographers (Amphoto, NYC).