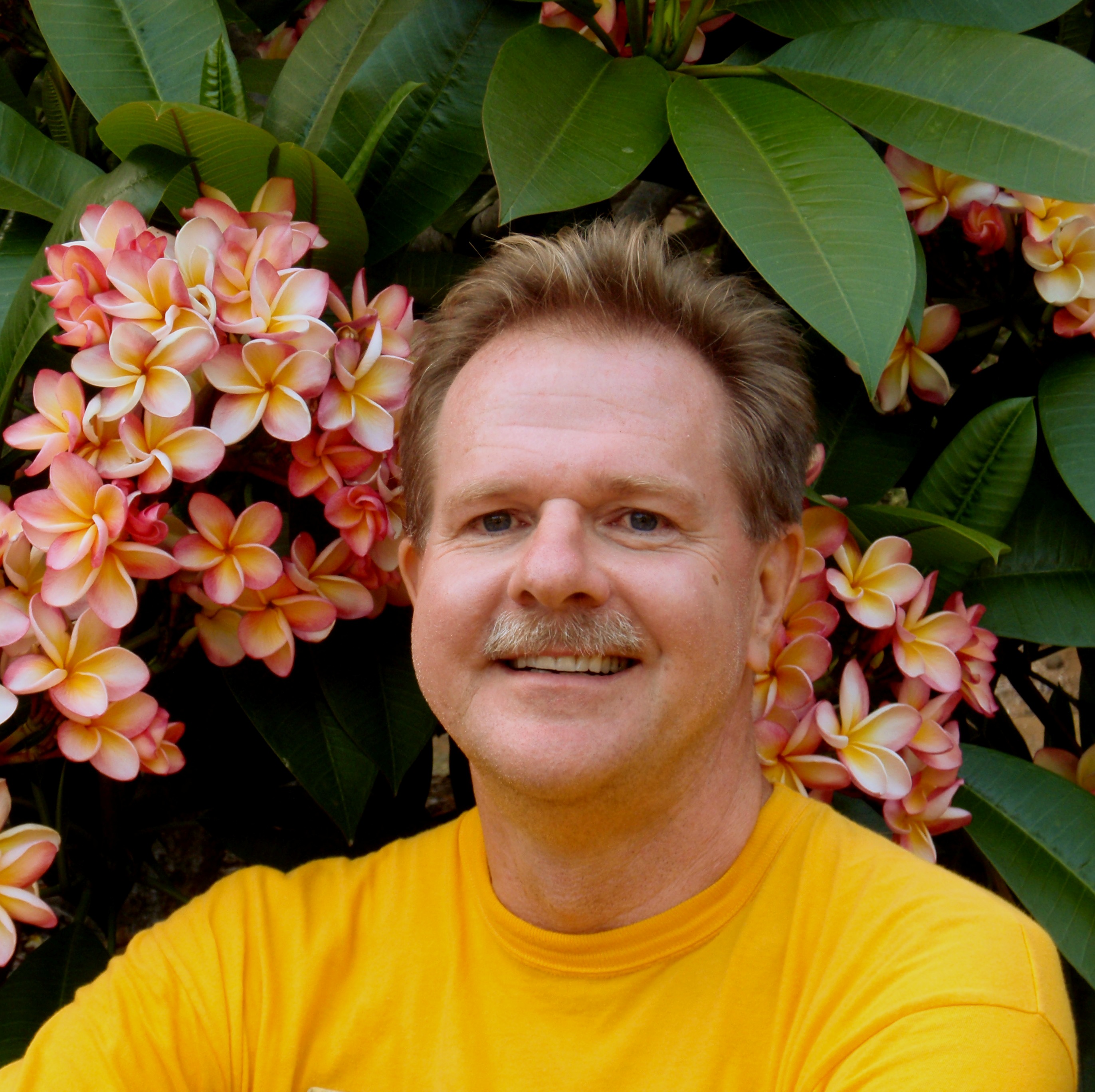 Artist Joel W. Carlson was born in Grand Island, Nebraska on October1, 1957. He received his Bachelor of Arts degree in Advertising Design from Boise State University in Boise, Idaho. Carlson, a resident of Manoa Valley in Honolulu spent his childhood in Minnesota and Idaho before moving to Hawaii in 1983. His father, an avid bird watcher and nature lover, often took him on nature hikes and bird watching. This helped shape his love of nature and choice of subject matter in his art.

Ever since he was a child, growing up in cold Mainland climates, he remembers being fascinated by and drawn to the tropics. His artistic specialty is tropical paintings done in watercolor, which is often enhanced by an airbrushed sky and sea to give the paintings a soft, surreal or dreamlike quality.

Carlson’s dream of visiting the tropics was first realized in 1977. That year he was able to travel to several Hawaiian Islands, American and Western Samoa, Fiji and Tahiti in the South Pacific. He knew then that he wanted to live in a tropical climate some day. Carlson says, “Coming to Hawaii in 1983, I found my eyes flooded by a stimulating rainbow of God’s creation and design. As I search for unlimited subject matter in Hawaii’s flora and fauna, I am awed by the Master Artist’s handiwork. Each piece I create is in celebration of His creation.”

Carlson leans towards a tight, realistic style in his watercolors, as he works mostly from live plants, which are used as models for a close-up look at details. In making his paintings realistic, he deliberately includes the flaws that would be seen in nature. He says, “I don’t want perfection, so if I see leaves which have been eaten by bugs, or which are starting to turn yellow or brown, I will paint them that way.”

Most artists think through and sketch out a painting before they begin to paint. Since Carlson most often works from live plants, this is not possible. An entire plant or bird may be completely finished while the rest of the canvas is still blank. At that time, he usually doesn’t know what he will add next to the painting. Each painting simply evolves into a finished piece. Due to the amount of detail given to each painting, each piece can take several months to complete.