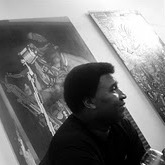 Joel Washington was born in Indianapolis, Indiana, and moved to Bloomington, Indiana. A self-taught artist, he was inspired to be an animator and later a painter after viewing The Beatles’ landmark film, Yellow Submarine, as a child. In particular, he was drawn to its use of color and graphic design. This movie, along with the entire 1960s era and such artists as Andy Warhol, Peter Max, LeRoy Neiman, and Roger Dean, continues to influence him. To date, he is engaged in five bodies of work, including one that features large acrylic pop renditions of various jazz and other musicians. Kirk has built a local reputation for his artwork: he has had several solo exhibitions at the Neal Marshall Black Cultural Center and Tutto Bene Gallery, among other venues, and his work has been purchased by Indiana University, the Indiana Memorial Building, and the Laughing Planet. He has also created work on commission for the University of North Carolina at Chapel Hill, and Indiana University musician and teacher Dave Baker. 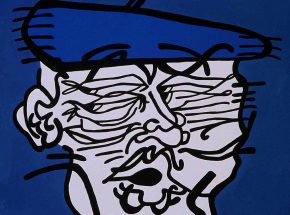